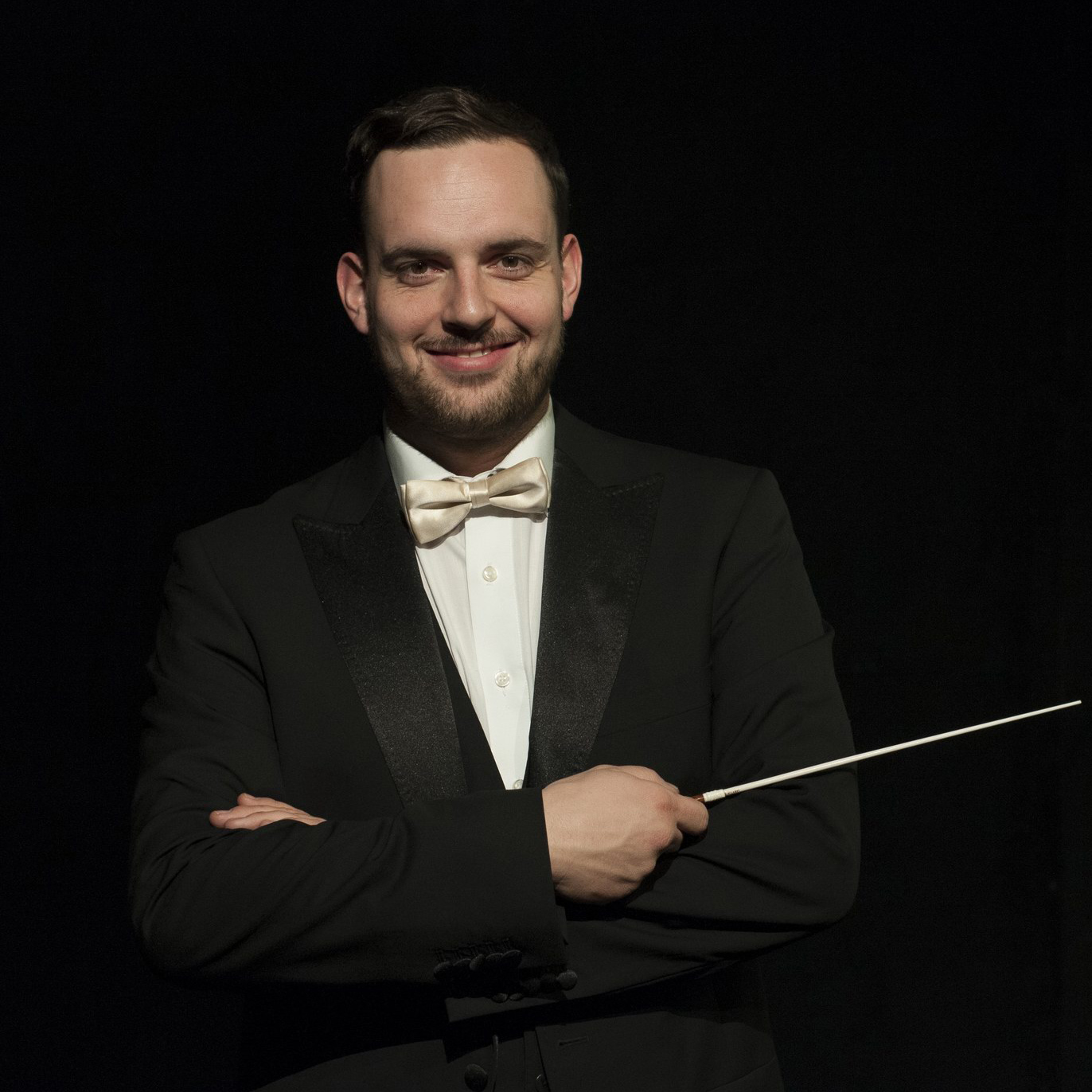 Sébastien Bagnoud has conducted wind ensembles and orchestras in Switzerland for over a decade. He is also credited with founding a professional ensemble in Sion, the Sedunum String Orchestra, SSO. In 2014 he was charged by the international festival Les Sommets du Classique in Crans-Montana (Switzerland), with assembling and conducting its orchestra in residence. Sébastien made his opera debut in the summer of 2014 in Lausanne while assisting A. Zielinski in a production of Britten´s The Turn of the Screw. In the summer of 2015 he accepted a last-minute offer to replace the musical director in l´Opéra du Rhône in Valais (Switzerland), production of Rossini´s Guillaume Tell in the Martigny amphitheater. In 2015 he was also named the musical assistant conductor for the production of Weber´s Der Freischütz at the Plzeň opera J.K. Tyl, in the Czech Republic. This season, he also regularly conducted the opera Onegin of Tchaikovsky. Sébastien Bagnoud has had the opportunity to collaborate with the following orchestras: Palermo Giovanile Mediterranea Orchestra, Brno Philharmonic Orchestra, Prague Philharmonia PKF, Akademičtí komorní sólisté AKS Prague, the Prague Opera Studio orchestra, the Opera du Rhône Orchestra and the Plzeň J. K. Tyl Opera Orchestra.

Sébastien Bagnoud holds a pre-professional certificate in wind ensemble conducting from J.-C. Kolly´s class at the Conservatoire de Fribourg, a Bachelor of Music and a Master in conducting orchestra from the Haute École de Musique de Lausanne (HEMU), along with a professional diploma (DAS) in orchestra conducting, at the Haute École de Musique de Berne (HKB). From September 2014, as part of the Erasmus program, he studied at the Academy of Music in Prague (HAMU). Sébastien is a recipient of the foundation Irène Dénéréaz education scholarship. Since autumn 2015, he pursued a second Master in orchestra and opera conducting at the Music Academy in Prague.